Having a career that is fulfilling, and that allows her to be creative is a dream come true for Genesis Cuen. An animal lover since childhood, the now 25-year-old groomer has found a career that she is passionate about after being unhappy with previous pursuits. In 2012, Cuen was working in a bank while studying dance at Scottsdale Community College in Arizona. She realized that working in a bank was not a fulfilling career for her, so she began exploring other options.

“I have always loved animals since I was a child, but I was never allowed to have any”, says Cuen.  “When I left the bank I wrote a list of possible careers involving animals, and grooming was one of them”. After talking to several groomers that she knew and doing further research, Cuen decided that grooming might be the right career for her. She left her bank job to start out as a bather, and has never looked back.

Being bit by a Shiba Inu just three days into the job did not scare Cuen away. She had found a job that she loved, and before she knew it Cuen had mastered bathing and was ready to learn more. Cuen and three others who were being trained at the same time stood around a poodle mix that they would groom together in their grooming academy. This would be Cuen’s first groom, and even though working with that many other groomers was slightly distracting, Cuen remembers being excited about the experience.

Cuen now owns and operates “Dog Lady Grooming” in Manhattan, New York. When she is not busy grooming dogs and running her business, Cuen enjoys performing through singing, dancing, and acting, along with spending time with her friends and boyfriend. Cuen also enjoys the company of her pets which include a bearded dragon, two huskies, a Chihuahua, and a Chihuahua mix. Running a business is hard work, but Cuen strives to find balance with her personal and work life.  “I like going on bike rides, taking dance class, or shopping. I try to make sure that I at least have one or two days off of work every week”, says Cuen.

Being a performer and an artist means Cuen loves being able to express her artistic side, which grooming allows her to do. “I love practicing the breed standard looks, especially if it is a huge transformation”, says Cuen. “I also like experimenting with color whether it be dyes, airbrush art, or creative grooming in general.”

A grooming career has many rewards that come along with the job, and for Cuen, being able to spend one-on-one time with her four-legged clients is one of the best parts about grooming .“I like when dogs can separate the groomer from the actual grooming”, she explains. Cuen cherishes the unique bond that is developed with each individual animal she grooms.

“Even if they are naughty at first, I’m always able to earn their trust”, says Cuen. One of Cuen’s goals is to help create a future of good grooming experiences for the dogs she grooms by teaching them grooming manners while she works on them.

Although grooming is a dream job for Cuen, she also faces challenges. Working with a live animal on a time limit is hard work. Practicing being calm helps keep the grooming experience positive for the animals, and keeps stress levels low for the groomer too.

“Truly controlling your mood and stress level is key”, says Cuen.  Keeping a positive attitude is important to Cuen especially for the sake of the pets. “Don’t ever force a dog to do anything that stresses them or you ask too much,” she advises.

When Cuen needs support, wants to talk about new tools and products, or just wants to connect with others in the grooming field, there is not a shortage of inspiring groomers in the community. “I like the sense of community within the grooming industry. No other job is like ours,” says Cuen. For inspiration Cuen stays in touch with her previous boss who owns a salon that also provides dog walking and daycare in Arizona. She is also a member of the Facebook group “Grooming Smarter” where she follows and chats with other groomers.

As she continues to grow and further build her business, Cuen appreciates the journey. She advises new groomers to “stick to it” even if learning the skills and handling techniques feels overwhelming at first. Cuen believes that it is important for groomers to connect, and share their stories with each other because you never know when you might discover a new tool, learn a new technique, or meet someone whose story relates to your own. “There is always someone with a similar personal story, or something that has happened to them before that they can now help you with”, says Cuen. ✂ 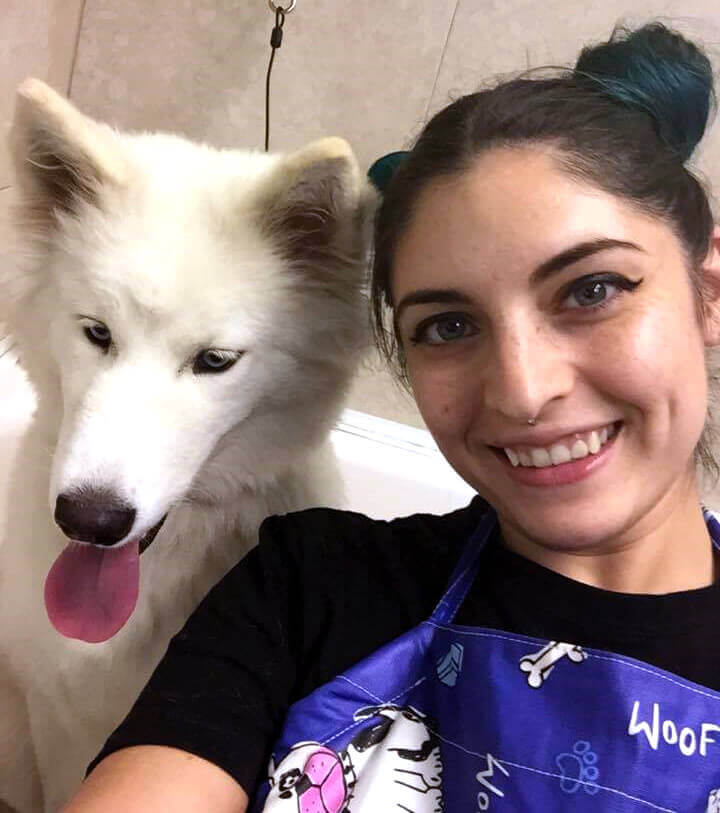 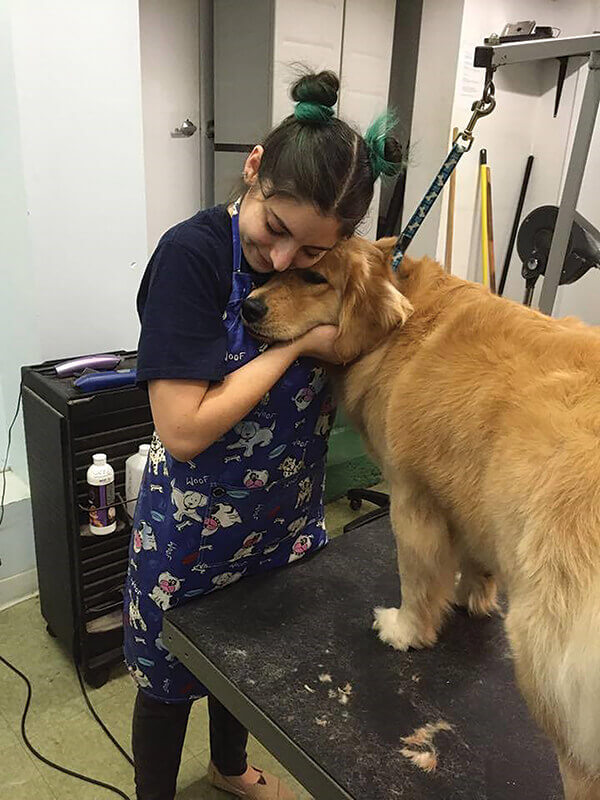