Grooming from the Heart - Groomer to Groomer
Skip to content

Even When No One is Watching

There are few words that can sum up the connection between humans and animals. Try to tell someone who has never experienced the human–animal bond what it’s like to connect with an animal and you will be left standing there unable to explain. How can you tell someone what it is like to feel not just love, but appreciation, and a natural connection with an animal when you can’t even explain it yourself?

Animal lover describes many people, but for some, the connection they have with animals is a part of who they are on the deepest level. These people have a desire to create a life that allows them to not just spend time with the animals that they enjoy, but to make working with them their life’s work. The groomers, dog handlers, trainers, shelter workers, and all of the other animal professionals and enthusiasts who give up their weekends, spend hours on the road, and work constantly to become better at what they do, have so much passion for the work that they couldn’t imagine doing anything else.

For Jun S. Yun, a professional groomer, author, and blogger, it’s his love for dogs that drives him. “I think that all animals are beautiful, and I appreciate them all for what they are, but there’s just something special about dogs that I cannot put into words because it’s a feeling,” Yun says.

It was a February day in 2010 when Yun’s life took an unexpected turn. The day could have been like any other day on the job, until one couple would unknowingly inspire Yun to leave his current job at a Nissan dealership and jump into a career in grooming. The couple, looking at a Nissan Cube, might have felt a little confused when Yun accidently laughed as they told him what they did for a living. They were dog groomers and, without knowing any better, Yun couldn’t contain his surprised reaction when they told him.

“When they told me that they were dog groomers, I actually laughed out loud right in their faces,” says Yun, who at the time really had no idea that dog grooming could be a career, never owning dogs that needed any type of grooming.

“I was amazed and shocked that you could actually groom dogs to earn a living! I always thought that dogs that got groomed went to a breeder or show handler or something.”

It was only a month after meeting the couple that Yun left his job at the car dealership—leaving his boss in shock—to start on a new path that he knew nothing about. Yun already knew that he had an incredible love for dogs and felt as though he was meant to pursue grooming, so Yun left the Nissan dealership to pursue grooming at Animal House in Atlanta.

“My manager was so upset with me for quitting during the tax season—especially to groom dogs! He, along with many other people there, would laugh and make fun of me about my decision,” says Yun. Even though leaving his current job was risky, Yun couldn’t get out of there fast enough to see if grooming was really what he wanted to do. For Yun, such an impulsive career change had risks, not just for himself, but for his family. Having a baby daughter and struggling with debt left Yun with concerns and fears, but his desire to get into grooming guided him.

“I just knew in my heart that this was something that I could be great at—something that I really wanted to be great at. I had finally found my life’s purpose, and that was all the motivation I needed to keep pushing on,” says Yun.

Yun immersed himself in grooming; learning and studying while working at various grooming jobs. In April of 2012 he decided to open his own grooming business. “I opened my own shop in Buckhead, the most expensive area in Atlanta,” says Yun. After less than two years in the Buckhead shop, Yun had accumulated so much debt that the space he had invested so much money and hard work into, he could no longer keep. Yun did not give up even after his first business did not succeed.

“I would do it all over again knowing I would fail, just for how much I learned and grew from the experience,” says Yun. He began making house calls for his clients and eventually found a home that could serve as both a home for his family and a home–based grooming business. Yun’s life took another unexpected turn when his mother–in–law had a serious stroke and he and his family would leave their current home behind to move back to Arizona.

After losing his retail location in Atlanta, a man named Ted Woehrle had offered to mentor Yun and inspired him to write his first book, The Art of Grooming: A Philosophical Approach to Dog Grooming. Yun says, “He asked me once why I was writing the book. I looked at him confused for a second. I’ll never forget how he explained it to me; after making it clear that I would never become rich off of the book, he then wrote my name on a piece of paper followed by the word, Author. He pointed at the word, Author and said, ‘That’s why you’re writing this book, so you can put that next to your name. By writing this book you become an author.’ “

Combining his love for writing and his love for dogs was something that Yun could feel good about. “I believe that there’s magic in the written word. I’ve always been fascinated with the art of writing and speaking, even as a child,” says Yun.

After a lot of ups and downs and unexpected changes in Yun’s career, which included moving multiple times, he and his family landed back in Phoenix in January of 2016. Yun describes his grooming career as a rollercoaster. “Not the ones that just drop straight down, but the ones with twists & turns and ups & downs,” he says.

“I’ve made a lot of mistakes and went through some really tough times. By doing the very best I possibly could, even through all my failures, I’ve become an inspiration to others. I’ve become stronger, and wiser.”

The love for dogs Yun has is beyond explainable and it continues to be his daily inspiration as his career evolves. Along with being an author, Yun writes for his website, Jun the Groomer, produces videos with grooming tips, and educates. Meeting that couple who were professional dog groomers changed Yun’s life forever. He has dedicated himself to becoming the best groomer he can be for both the animals that he can help and the people that he can inspire.

As Yun continues to grow and work incredibly hard to provide the dogs in his care with his very best every day, he is a reminder to all groomers that it is the hard work and dedication that is always going to pay off in the end. Jun S. Yun grooms from the heart even when no one is watching because, for him, it is the work, and what the work does for the dogs that means so much. The special house calls for senior or ill pets, the time offered to answer questions, and the extra effort put into keeping the grooming area clean and professional are what clients will notice.

“Loving dogs and caring about them is not enough. We have to show the customers that we love and care about them enough to learn everything we can about our craft,” says Yun. “By doing good work—and a lot of that work is done in private when no one is watching—we show the clients that we are trustworthy.✂ 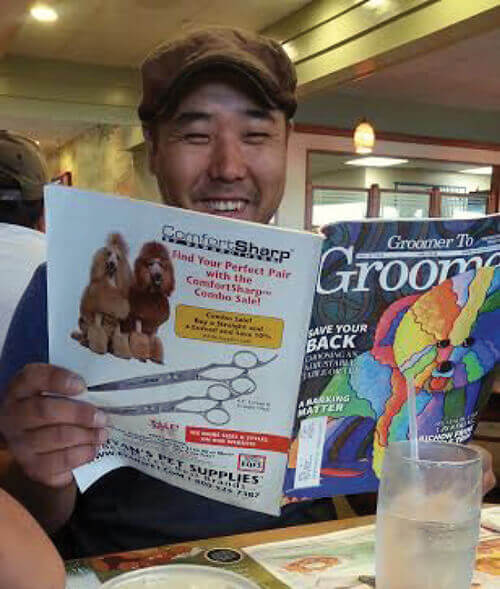 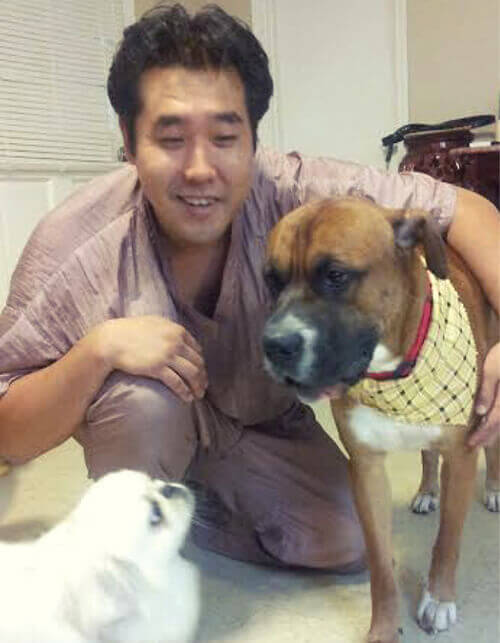 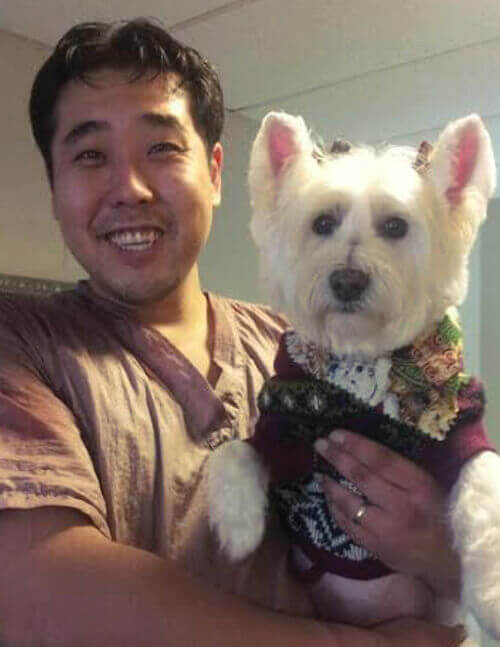