One Tough Groomer! - Groomer to Groomer
Skip to content

Convincing large, strong, often untrained dogs that getting into the confined space of a bathtub and enduring a shampoo is a good idea is something that requires strength, stamina, and a sense of humor. Groomers have to be tenacious and resilient characters. This is a fact that anyone who has been a pet groomer for more than 20 minutes knows well. Houston groomer Sue Seivertson has taken her skills at the above to a whole new level.

Sue has been grooming for 25 years. Before that, she was a corporal in the United States Marine Corps. From 1981 to 1986, she designed, fabricated, and repaired shooting systems. “I worked on anything that shoots.” Tanks, night vision, laser range finders, and more.

When she left the Marines, she got a job delivering mail for the postal service. “I was fascinated by the dogs I met along my route. I carried treats for them and observed their behavior. One day I was run down by a pack of pit bulls. I was so fascinated by that pack and their actions that every day I would go by their house and watch them for a while. One day it hit me: I wanted to work with dogs. I went home and told my then husband, ‘I am going to be a dog groomer.’”

Sue was pregnant at the time with a toddler to chase after, too. “I bought a book,” she laughed. “I read it and everything I could, but I didn’t have any dogs to practice on.” One day her husband dropped their pet Schnauzer off to be groomed but not at their regular groom shop. The dog came home with a serious case of clipper irritation, and Sue was understandably upset. The next day, she marched in to talk to the man that usually groomed her dog and said, “You are going to teach me to groom dogs, because if someone can get paid to do it badly, I can surely get paid to do it well.” Since that time, she has owned several successful grooming businesses and currently operates Zippity Groom Dog, a mobile pet spa.

Sue has a giving spirit. “My partner, Dale Nadeau, and I take toothpaste, soap, shampoo, and other necessities to a halfway house for men in really hard shape. We go every Sunday. That’s church.” And with a nod to her years in the military, Sue has volunteered in the past with both the Veterans of Foreign Wars and the Marine Corps League. One of her favorite things to do is donate all of her tips in the month of December to Toys for Tots, which is sponsored by the Marine Corps. But she wanted to do more. “I’ve been a really big proponent of the Wounded Warrior project, because although the Veterans Administration can take care of an injured soldiers’ medical needs and all that, they need someone to get them integrated back into society. That is what the Wounded Warrior project does.”

One day she was looking on the Internet at all the things the Wounded Warrior project is involved with to raise money for injured veterans, and she ran across some information about Tough Mudder. Billed as “the premier obstacle course series in the world,” Tough Mudder is oh so much more than a marathon. Sue looked at the photographs of people running through mud, scaling walls, and diving into tunnels and thought, “Well, that is a little extreme.” There was fire and electricity involved in this thing! But she was fascinated and kept looking. The website shows the triumphant faces of the competitors, and they radiate joy and strength. The course raises a lot of money for the Wounded Warrior project. Sue kept looking, fascinated. And then she thought. “I can do that.”

She trained for four months for her first attempt at Tough Mudder. “I ran the first one in October 2012. It was a little scary. And it was so cold. The winds were whipping, and we were wet, and I was freezing. And there was this kid there – an injured veteran. He couldn’t have been more than 21 years old. He was in a wheelchair. He had a whole team with him, and they had ropes and pulleys. He did every single obstacle that the rest of us did. I couldn’t keep my eyes off of him. At one point, we were going up this big hill. I went over and said, ‘Let me have a turn,’ and I began to run, pushing him in his chair up that hill. At one point, he grabbed my arms and said, ‘I am so scared.’”

Sue then stopped talking for a long time, her voice choked with tears. “And I said,” she continued, “’Honey, you already did the hard part.’” The emotion in her voice made it clear how deeply moved Sue was to see right there in the race with her the embodiment of why she was enduring this freezing, uncomfortable course.

She has since run her second Tough Mudder with her partner Dale. Between the two of them, they have raised close to $5,000 to help veterans, and they have already had $2,000 pledged for their next event on October 6 in Houston, because this tenacious, resilient groomer matters!

You can find out more about Tough Mudder at www.toughmudder.com, and you can support a tough fellow groomer and her cause by making a donation for her next event at http://www.raceit.com/fundraising/donate.aspx?event=17095&fundraiser=r9996566. 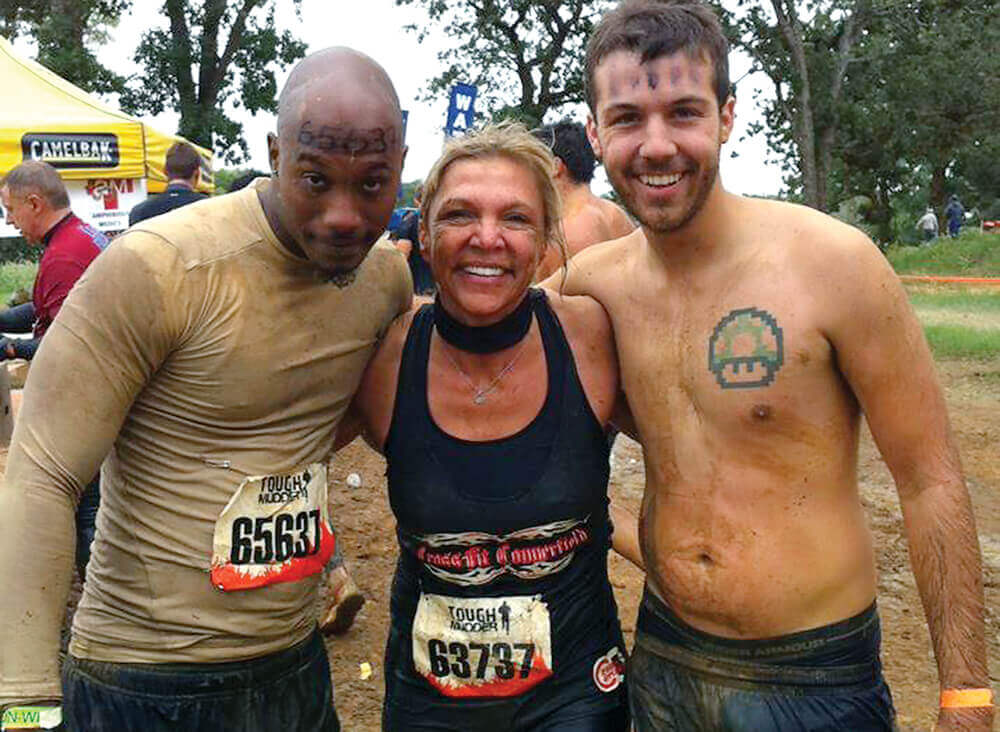 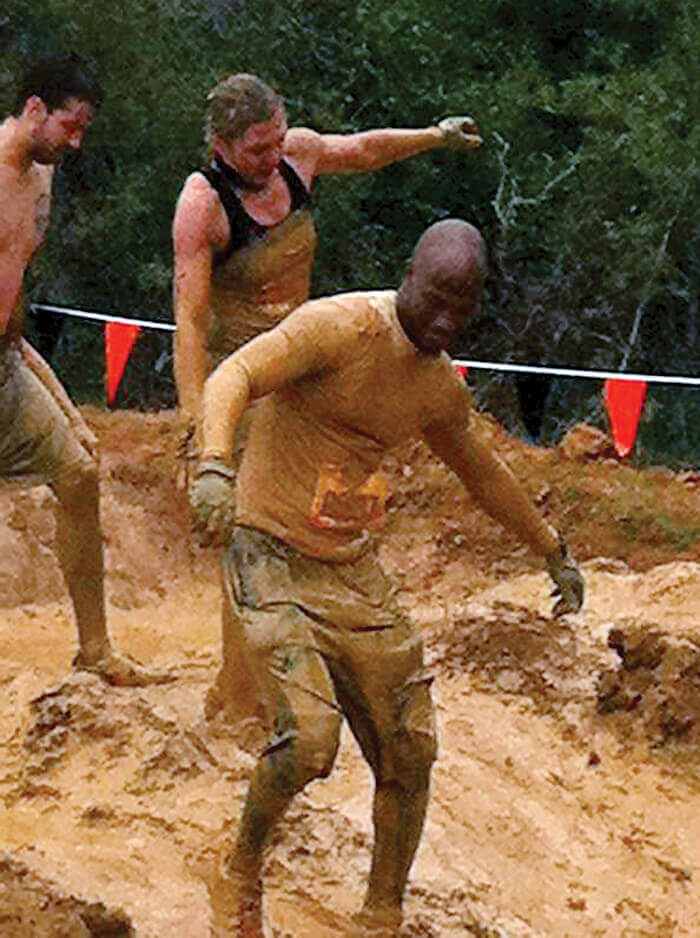