A Groomer with a Sense of Humor

There is one thing that is almost guaranteed to make you feel lighter and make your day flow a little more smoothly. You don’t buy it from a commercial you see on TV, and it doesn’t take much time or effort to use. When your cheeks are pinned up, your eyes are all squinted, and something so funny just hit you that you could fall to the floor—you know you’re having a good laugh.

Pet grooming can be stressful. The detailed work requires great focus. After all, groomers are creating works of art. It can be a messy job, too. Anything can happen while working as a groomer. Some dog hair landing into the sandwich you brought for lunch, or getting soaked from shirt to shoes are just a few things that could happen while on the job. With a job like professional grooming, it is important to maintain a positive attitude, even when things get messy or a little overwhelming. There is a time to be serious and a time to have fun at work. Having a sense of humor goes a long way in the grooming salon.

For Riza Wisnom, having a good laugh at work every now and then is a must. Whether she is singing out loud, or trying on a new accent to talk to the animals with, she creates a happy and fun workplace with her natural sense of humor. Clients, staff, and other groomers who meet her can all agree that Wisnom’s fun personality is a real treat.

Wisnom, a long–time groomer, knew that she was destined for a career in the pet industry. When Wisnom was a teenager, she took a summer job at one of the largest boarding facilities in her hometown of Beaverton, Oregon.

Everything about grooming was fascinating for Wisnom. Watching Kelly, her first employer, groom inspired her. “There was nothing she couldn’t do well,” says Wisnom. “The fluid way her shears moved and the control she had over the dog was enthralling.”  Winsnom would spend her lunch breaks at work watching with admiration as Kelly groomed.

In June of 1996, after years of fine–tuning her skills while working at kennels and grooming salons, Wisnom established her business, Pawsitively Purrfect, which she still owns today in Maryland. Wisnom’s goal for her business was to create a fun and nurturing environment for the animals and people in her salon.

Today, Wisnom is known not only for her fun–loving personality but for her clever and artful grooming. Wisnom has an eye for seeing the cutest features of every pet and the skills for bringing out the best in each dog she grooms. Her specialty is Asian Freestyle grooming. “I fell in love with the look after seeing it in the pages of a catalog”, says Wisnom.

“Asian grooming is the art of transforming a dog into a cartoon–like caricature, or a stuffed toy,”
she explains.

Wisnom helps dogs look their best and even appear toy-like, and she also teaches other groomers how to do Asian Freestyle grooming. She holds live workshops and runs a Facebook page with photos and videos of her work called The Art of the Groom–Pet Styling by Riza Wisnom.

For those that might be questioning their ability to succeed with creative style grooming, Wisnom provides plenty of positive encouragement. When she first tried these new styles, Wisnom did not feel as though her attempts were even close to being successful. “I failed miserably,” she says. “I continued to practice and asked clients if they’d let me experiment if I agreed to place the pet back in their routine style after I was done playing.”

“It’s a huge plus for me to be able to craft and create with my hands,” says Wisnom, who can’t imagine not being able to create every day. Aside from grooming she also enjoys cooking, puzzles, and quiet time with a good book.

Wisnom’s fun and often silly personality makes each work day a new adventure. Everyday Wisnom is focused on working safely and efficiently while earning a profit, but she has also found a career that allows her to be her silly, creative self. “The work is fun in and of itself anyways, but being silly goes a long way in a job that can really try your patience,” she says.

When attending or hosting workshops, Wisnom gets to laugh alongside other groomers which she always enjoys. “Workshops and seminars are fantastic ways to get to know others and pal around”, she says. “We often act like we’ve known each other for years after just 30 minutes of laughing and joking.”

“Groomers in general have great senses of humor, dry wit, and sarcasm,” says Wisnom. “I love that groomers are, by nature, silly and unique individuals. With a vocation such as ours, it helps to have a quirky sense of humor.” ✂ 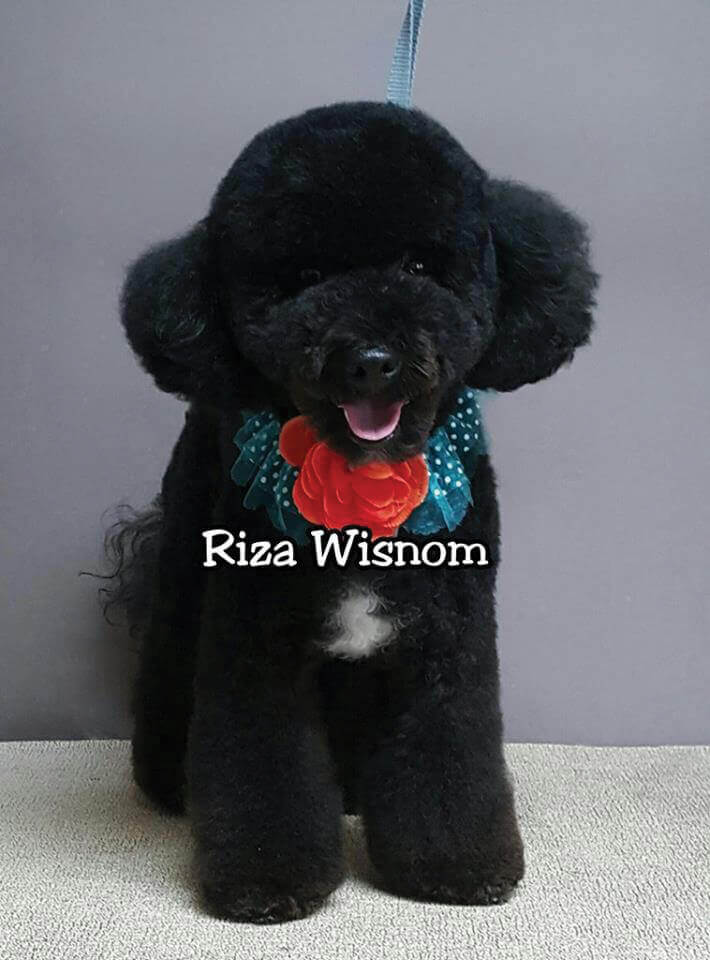 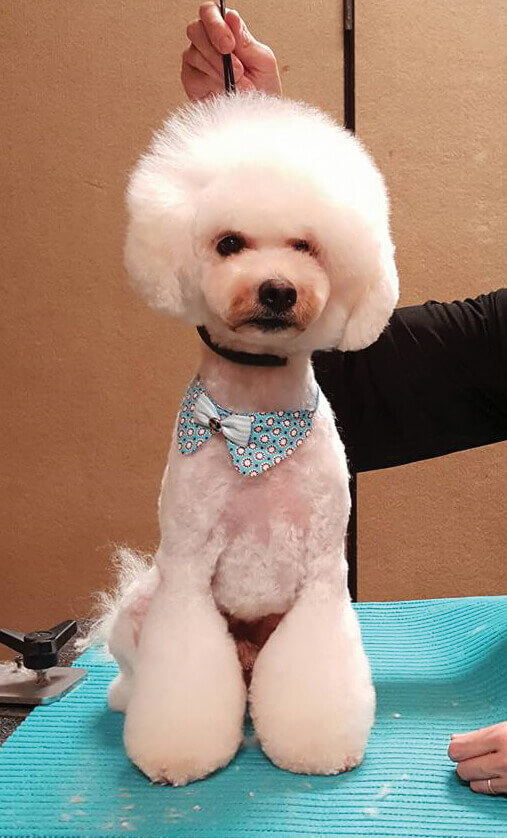 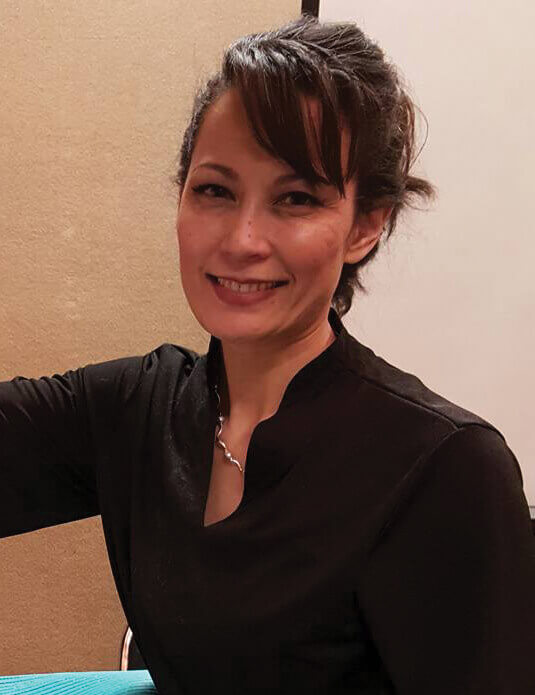