When You Wish Upon a Paw Dreams Come True! - Groomer to Groomer
Skip to content

“I’m still on cloud nine,” says an ecstatic Adriane Pope breathlessly. “It was the most amazing day of my entire life!”
What Adriane is referring to is the day she won the coveted Peoples Choice Award at the 2013 Creative Styling Competition at Groom Expo.

“As I was standing on that stage surrounded by an amazing, talented group of creative groomers – and as I looked at all of their fabulous creations… I never dreamed in a gazillion years that I would win the Peoples Choice Award.

“When the audience was judging the Peoples Choice winner, I could tell that they really liked my entry,” Adriane continued. “During the final clap-off, I closed my eyes and listened as they applauded for each contestant. When they got to me, the crowd roared and I knew that I had won. Tears of joy just started streaming down my face. I’ll never forget that feeling!”

Adriane has been entering creative competitions since 2004 and it has been her goal since the beginning to do a creative entry that would put her on the cover of Groomer To Groomer Magazine.

“I’ve wanted to win the Peoples Choice more than anything,” says Adriane intently, and then she giggles and adds, “I have always said; I don’t know how long it will take, and I don’t care if I’m 90 years old, I’ll do Creative until I win the cover of Groomer To Groomer Magazine.”

Adriane decided to do a Disney theme this year. She got the inspiration for her entry, When You Wish Upon a Paw, from the Happiest Place on Earth. Then she brought it to its spectacular completion at the Sweetest Place on Earth (Hershey, Pennsylvania), to win the Peoples Choice Award.

Her entry featured a colorful and very life-like Disney cast of characters expertly sculpted on her Standard Poodle that included Pluto, Daisy and Donald Duck, and Mickey. Adriane joined in dressed as Minnie Mouse—and the group was completed when Adriane’s husband, Darrell, came on stage as Mickey Mouse.

Adriane and her husband, Darrell, have a bed and biscuit boarding facility, so they usually don’t get to go places together, one of them has to stay with the dogs. This time though, they made arrangements and Darrell was able to accompany his wife to Groom Expo—and he got to experience first hand the incredible talent that participates in this competition and the excitement of the judging.

Adriane’s family supports her in everything that she does and wanted to show her how much her big win meant to them. They contacted a sign company (which opened on a Sunday just for them) to make a huge sign announcing Adriane’s spectacular win. When she pulled into her driveway on Monday, the sign was already erected on the entrance to their bed and biscuit.

“The whole experience is a very emotional thing for me,” shares Adriane. “Not many people in this world get to do what they want to. Most people go to work that they hate. I’m a groomer and I love the work that I do. And, creative is a time just for me and my own dogs. I love to turn my dogs into works of art.

“Winning the Peoples Choice Award is so very special to me—especially to be able to do it at Groom Expo’s 25th anniversary celebration. It just goes to show that…When You Wish Upon a Paw… dreams really do come true!” ✂ 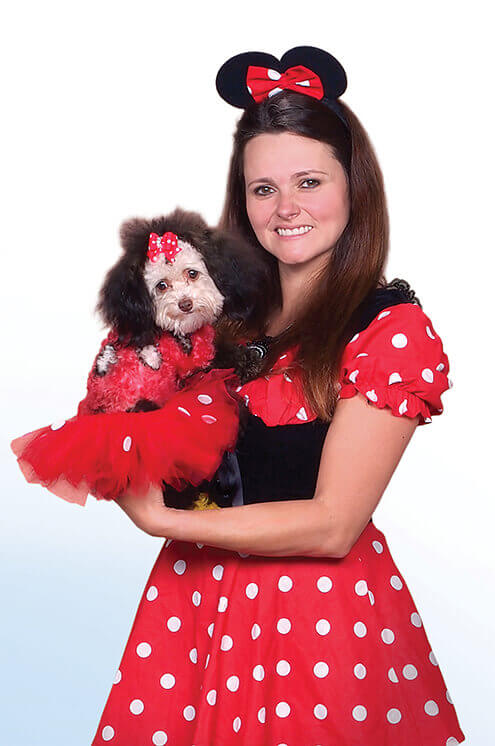 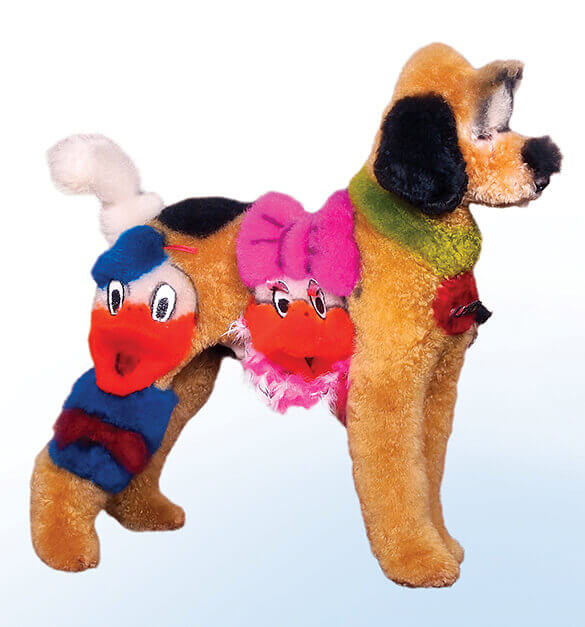