From the comfort of her grooming van, Gemma Sanders, owner of Shampoochies based out of Leicester, UK, grooms with confidence. With every groom, she strives for perfection, working hard to make her work stand out.

Groomers who compete know firsthand how much hard work goes into competitive grooming. Leading up to the competition, competitors prepare their dog’s coat to ensure it is in the best possible condition. They find the best routine for the dog to keep the dog relaxed and ready for their big day as the competition grows near. Some dogs might do best with a quiet day to rest before the competition, while others benefit from getting some extra exercise before getting on the competition table. Along with getting their dogs ready, groomers have to pack their tools along with any other items they might possibly need. After a few competitions, this all becomes a comfortable routine. But for first–time competitors, overwhelming doesn’t even begin to describe what all of the preparations are like.

Sanders, 28–years–old, has been grooming for almost three years. She knew that her office job was not what she saw herself doing in the long run. She was looking for a career that would allow her to be creative, and she knew she wanted to do something that felt meaningful to her. She wanted to look forward to going to work every day.

“I’ve always had a creative streak in me but I hadn’t found an area to channel my creativity,” says Sanders. When Sanders discovered how much she enjoyed grooming, she knew there would be no looking back. Once her love for grooming was discovered, Sanders worked hard to become a professional groomer soon after. She went through training and opened her mobile grooming business in 2014.

For Sanders, grooming is both creative and meaningful work. “Not only does it build an unbeatable bond between dogs and humans, it is essential for maintaining a good, healthy coat and skin,” she says.

“My first competition, to be honest, was a bit of a blur,” says Sanders. “I was nearly sick. I was a shaking mess.”

As she ran the clippers down the dog’s back during her first competition, she noticed clipper lines in the coat. Her shaking hands were the cause of the clip that was not looking like it should. Keeping her grooming hand steady was beginning to feel impossible because she was too nervous. “I tried to hold my scissors and had to put them down,” she says. “I took a minute to breathe and try to relax and then I zoned everyone else out.”

It wasn’t until Sanders started to breathe and imagine that she was back in her own van that she was able to get some work done. “I had to imagine me and the dog in my van as if it were a normal day.”

Sanders began to feel as though it was just another day

with the dogs she knows, in the van she has spent so many hours grooming in. She let the sounds and sights of the grooming competition fade into the background and she began to really focus on the dog she was grooming. When she felt calmer, she was able to groom the way she normally would.

Her finished groom turned out beautiful that day and even though she might not have earned a place, Sanders learned a valuable lesson while gaining some new tricks to calm herself when she gets nervous at a competition. The experience was the real prize.

“I went to see my judge afterwards—who was so mad at me—as my trim was brilliant, but I had a tiny knot in his (the dog’s) armpit that the judge couldn’t get her comb through,” explains Sanders. “I was so angry with myself. I’ve never had a dog leave the van or the competition with a knot in their armpit ever again!”

Sanders was motivated to keep returning to grooming competitions even after experiencing the nerves of her first one. Every time she stands in the competition ring Sanders gets a feeling of excitement. The experience and lessons she gains grooming competitively become
some of her most memorable moments as a groomer.

“I have never wanted to be an average pet groomer.  I’ve always wanted to be a groomer that people go to for the quality of the groom,” says Sanders. Competing gives Sanders the opportunity to showcase her work and to challenge herself while learning from other groomers. “By competing I learn so much from the other amazingly talented groomers out there,” she says.

The night before a competition

Sanders bathes and preps her dog, preferring to do this the night before rather than the day of. She checks her bags to make sure everything she needs is in the right place, and she gets to bed early to be well rested for the big day. “I tend to get myself quite worked up with competitions as I’m still new to them,” she says.

No matter what happens, every time she competes, Sanders feels grateful for being out there and having the opportunity to groom competitively. “Each competition is an achievement—placing or no placing,” says Sanders.

Getting involved in grooming competitions can seem like a big step for groomers who have never competed.  Even though she was beyond nervous during her first competition, Sanders chose not to give up—which made her an even stronger groomer.

For anyone considering competing, Sanders encourages them to do so for the confidence they will gain. “You learn so, so much it’s unbelievable; and you get to mingle and speak to the other groomers,” she says. “For me, it is a massive confidence booster and huge adrenaline rush!” ✂ 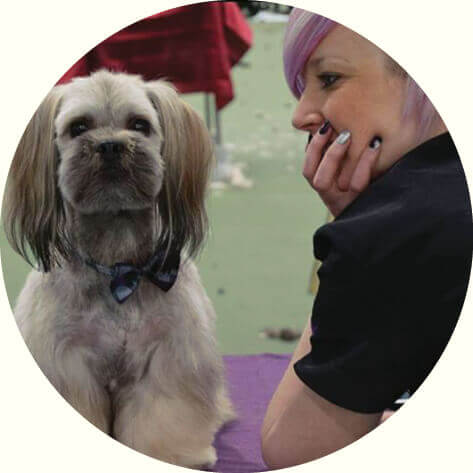 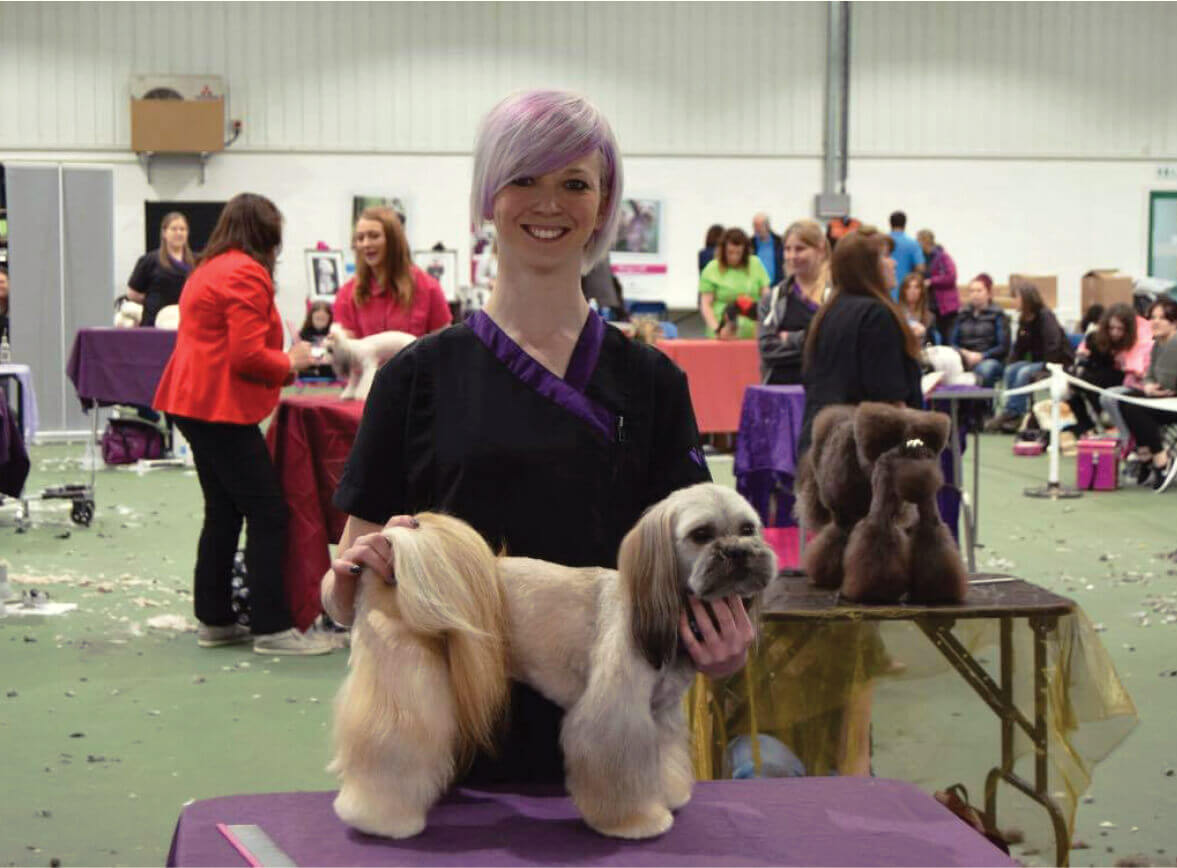 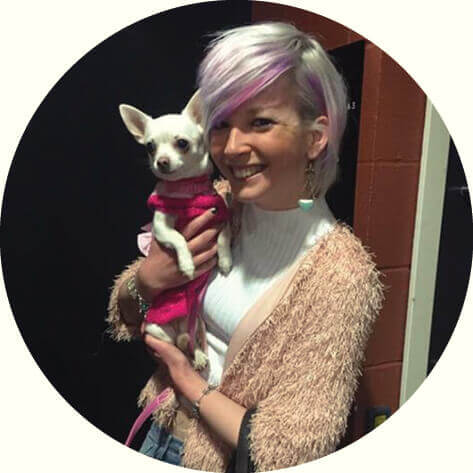