Barking is a problem for just about everyone other than New Zealand shepherds. They use “Huntaway” dogs to drive sheep with incessant barking. I don’t blame the sheep. For most people, incessant barking is a problem. People can be driven from their apartments or condos because their dogs bark incessantly. Shelters have trouble featuring adoptable animals because they cannot hear amid barking dogs in a kennel. Small groom salons that do not have quiet rooms for customer calls have to endure interrupted conversations and the risk of hearing something wrong.

Even if you are thick skinned about such things, there is an underlying fact that you cannot avoid: dog owners make up your clientele. If an owner has to get rid of their dog, they are no longer a dog owner and no longer need your service. That’s why it’s a good thing to know a thing or two about how to control barking. Even if you don’t need it in your salon, your clients may need help, and you may be the person they go to. The scope of this column limits how much I can tell you, so I have come up with some general information that may help you find solutions.

Not So Funny Jokes

There is an old joke that asks, “What do you call a Cocker Spaniel that barks 900 times in ten minutes?” (This number is based on the research of Drs. John Scott and John Fuller in the late 1950s and is not a hypothetical exaggeration.) The answer for any real dog person is… “normal.” So how do you get such a dog to shut up? There are three approaches to this problem. One is ineffective, and the other two are dependent on which dog you are trying to quiet.

This is the favorite solution of out-of-touch trainers and behaviorists. It implies that the dog is barking because it is bored or anxious about isolation. The reason I suggest “out of touch” is that real dog owners don’t have countless hours to spend in order to get a marginal lessening of the barking. It is entirely likely that they have a civil or criminal citation for nuisance barking or a complaint from a tenant in a neighboring apartment or condo. That means that money and eviction are the real consequences of failing to stop the behavior immediately. Note: Positive reinforcement or letting a behavior decline over time do not create an inhibition against barking. These “tools” also require continued diligence that few dog owners can maintain.

There are several types of automatic anti-bark collars on the market, which can afford an immediate cessation of chronic barking. They are all intended to use aversive control, AKA punishment. There are three types of negative consequence associated with the barking: electric shock, ultrasonic noise, and a mist of citronella spray.

The most effective aversive stimulus to stop a dog from barking is electric shock. This is produced through several mechanisms. Some electric collars listen to the dog’s barking and then produce a shock. Some feel the vibration in the dog’s neck to trigger the shock. Some have complex circuitry that claims that it can memorize the sound of one dog’s bark to prevent accidental triggering if multiple dogs are making noise. Others have gradually escalating levels of shock if the animal persists after the shock is triggered. Some have a tone that comes on when the barking is sensed followed by shock. A combination of the last two features is the most logical combination to fix the most number of dogs. One downside to this tool is that sometimes the dog becomes desensitized to the shock or figures out ingenious ways to avoid it. I know of a dog that learned that the collar would let him bark for three and a half seconds without shocking him. He soon limited his barking to bursts of less than three and a half seconds…all day long.

We all know about dog whistles and that dogs can hear things we can’t. To take advantage of this, ultrasonic systems generate very loud noises that we can’t hear. The good side of this is that the neighbors do not know that the dog is being punished. The downside is a risk of hearing damage. I don’t know of any studies that prove hearing damage, but my wife is hearing impaired from years of being a professional musician. Call me wimpy, but I don’t take chances with hearing loss. That being said, some dogs do stop barking in response to these loud noises. In thunder-rich locations like Oklahoma and Arizona, one must decide if using loud noises to punish a dog is a good idea. In some cases, you create a thunder-phobic dog that doesn’t bark much.

Citronella collars are a form of chemical warfare. When the collar is triggered, a puff of noxious vapor is released in front of the dog’s face. This aversive event is supposed to stop the barking. My experience with reports from owners is that citronella is not very effective. This may be the result of the properties of the tool. A windy day makes a puff of vapor dissipate rapidly and may not be perceived as aversive. There is no way to escalate the puff if the dog persists in barking. I have seen a dog intentionally move to escape the puff-area when he triggered the collar. It did not stop the dog from barking, it taught him to move around intelligently. It is also possible for the dog to habituate to the scent of citronella, thereby neutralizing its function as an aversive stimulus.

To affect this form of conditioning would require a very long article. Suffice it to say that I used this method for several years. It can work. I do not suggest that it always works or that it works on every dog.

1) Pair treats with the sound of your phone ringing twice. It’s simple if you use a digital recorder.

a. Play the sound of two rings

c. Repeat many times – like a couple hundred repetitions over several days.

2) Leave home and use your phone to trigger a food response. The internal reflexes associated with food include a reduction of heart rate, blood pressure, and respiration. When you call home and hang up, the dog will be slightly less stressed than it was before. Over time, the anxiety that caused the barking will be reduced.

b. Ring twice and then hang up.

c. Repeat about three times in the first five minutes. Then do it about 15 minutes later. Then stop for two hours.

d. After you wait two hours, the associated reflexes will regenerate to 100%. Do your same pattern again as listed in “C.”

An alternative to this process is to specifically associate sounds that trigger barking (children screaming, fire sirens, people walking down a hallway) with food. This process uses respondent conditioning to neutralize the dog’s reaction to a specific event. Once again, a digital recorder is a handy tool to create the associations. You can find one at many electronics stores and most major drug stores in their electronics department. 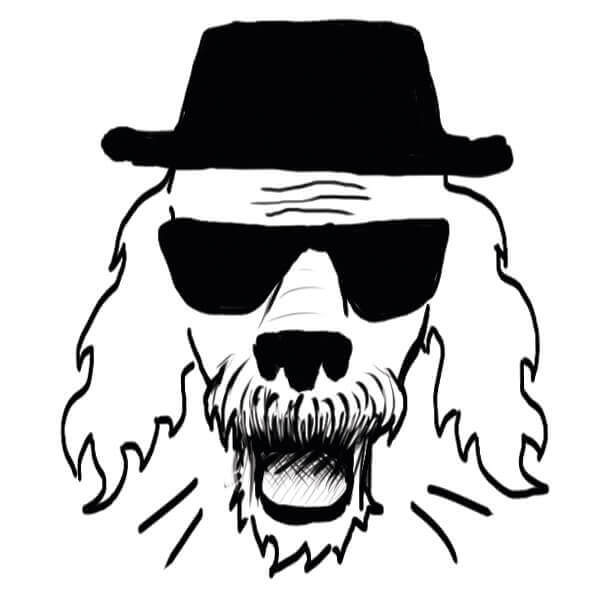