Paws for Pulse - Groomer to Groomer
Skip to content

United We Groom, Divided We Fall

I’ve lived in the greater Orlando area most of my life. Like many, while having compassion and sympathy for the tragedies aired daily on our media, I found it far too convenient to rationalize that such horror couldn’t possibly unfold in my own backyard. On June 12, 2016, the deadliest mass shooting incident in our nation’s history rocked central Florida and shattered the delusion that so many of my fellow Floridians clung to.

Instantly, Pulse Nightclub, a mere 30 minutes from my salon, was internationally infamous. And in the wake of this shock and disbelief, 49 individuals lost their lives and 53 others had theirs forever altered, fighting to survive in local hospitals. All of us were touched in some form; whether it be clients, friends, family, or close ties to the LGBT community that the grooming industry has always had, our hearts broke for victims and their families. Then, like it has so many other times, the grooming community banded together to support one another and send a message of love.

Utilizing groomer’s talents and heart, the concept of a charity dog wash was decided upon and Paws for Pulse was realized. On July 3, 2016 grooming salons wishing to raise money and awareness of the tragedy could bathe pups in return for monetary donations that would be sent to the Pulse employees, victims, and affected families. Angelia Lewis, Kristie Kingsland, Dorien Armentrout and their staff came together to make some amazing things happen, since it quickly became apparent that this event was growing into a beautiful, positive movement, much bigger than anticipated.

Thirty–two grooming salons graciously opened their doors and smocked up, in over 8 states across the nation. Websites were donated and hosted at no cost. Beautiful t–shirts and other memorial materials were created. Generous industry companies such as Pet–Agree, Bardel Bows, and Pet Supermarket donated products. Countless hours were spent coordinating efforts and managing social media. Local news, radio, and print outlets were alerted with coverage throughout the country.

Finally, July 3rd dawned and it was go time. Offering services from 10am–3pm, many of the participating shops opened their doors on their day off and at their own costs. Volunteers banded together to raise as much funds as possible, while letting the fur fly. It was truly a sight to behold; groomers and volunteers rolling up their sleeves, setting up assembly lines to handle the max flux of pets and yet maintaining a spirit of joy. By the end of the day there were amazing pictures of Paws for Pulse teams smiling and presenting their totals, despite being sopping wet and exhausted.

All the countless hours of preparation, answering questions, promotion, and of course the actual day of bathing truly made an impact. Friendships were formed, comradery built, and most importantly, support for the long path to healing of the Pulse victims. Approximately $10,000 was raised between 32 salons in just a single day. A true testament to the power of our industry and the huge hearts that comprise it. ✂ 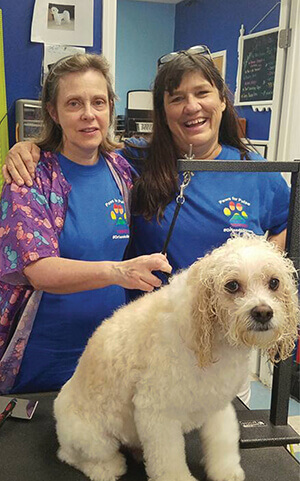 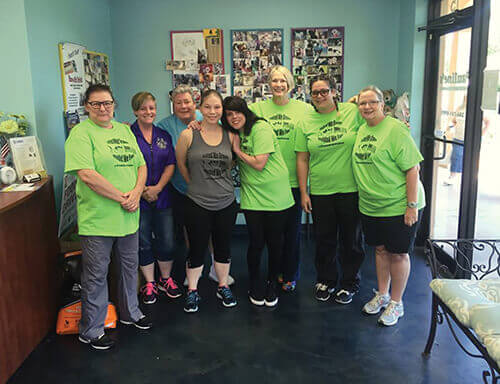